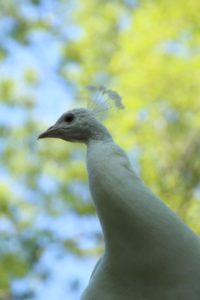 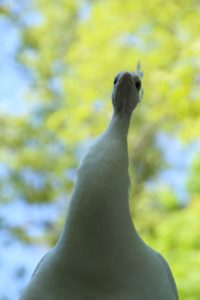 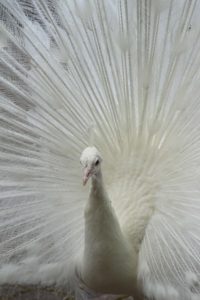 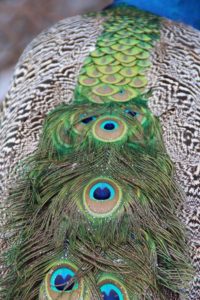 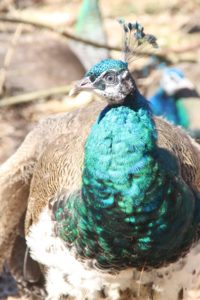 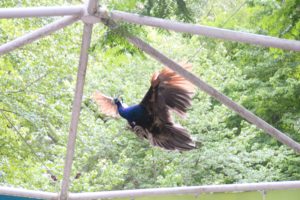 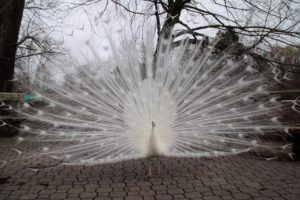 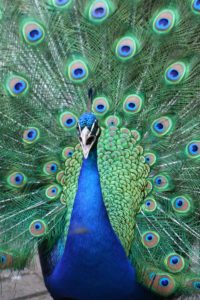 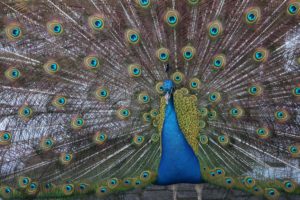 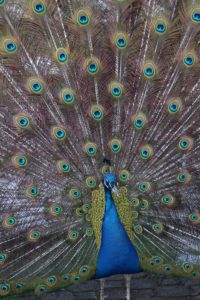 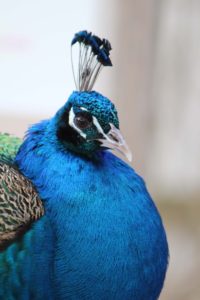 48-inch wing span, 39 inches in length; males have a train that may be up to a 3 feet in length

Native to deciduous tropical forest of India and Sri Lanka

In its native range, the Indian peafowl can typically be found inhabiting the undergrowth in open forest and woodland, usually near a river or stream. The Indian peafowl is also known to occur in farmland, villages, and increasingly, more urban areas.

5-7 eggs concealed on the ground

A diurnal social bird. Displaying males maintain a harem which they will vigorously defend within their display territory.  Harems remain together only a few days until mating finishes, at which time the female leaves to nest on her own.  Birds will forage as a group feeding in open fields and clearings.  Birds will sound a loud alarm should danger approach.

1. The long eye-spot feathers of the male bird is called a train; it is not the animal’s tail.  The train is composed of up to 150 tail coverlet feathers.  The tail holds the train up while the animal displays.

3. Commonly kept on farms and residences around the world.