Check us out on the ZOOCAM 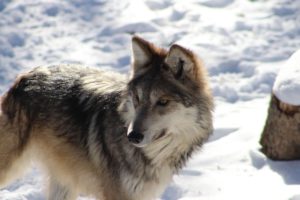 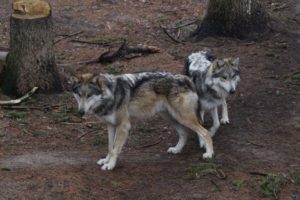 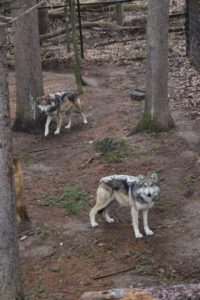 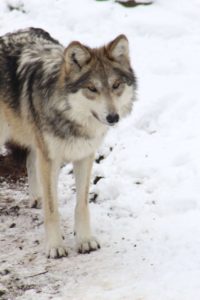 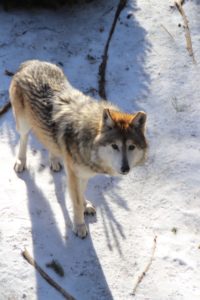 FLYNN Flynn was born April 24, 2014 at the California Wolf Center in Julian, CA.  Flynn’s litter was significant because of the Mexican wolves born that year, his was the only one that survived.  Flynn was the smallest of his littermates, and keeper notes describe him as shy, but curious.

Flynn arrived at Binder Park Zoo in November 2016 together with his brother Ryder. Ryder later transferred to Albuquerque Biological Park in New Mexico on a breeding recommendation, and Flynn received his own recommendation to breed with Isabella or “Izzy”.

ISABELLA or IZZY Born April 17, 2015 at the Endangered Wolf Center in Eureka, MO, Izzy was one of a litter of three. Izzy and her littermate Rachel transferred to Saginaw Children’s Zoo in December of 2016.  Izzy made the move to Binder Park Zoo in November 2018 on a recommendation to breed with Flynn. Izzy’s ability to jump high led zoo staff to increase the height of the wolf exhibit enclosure by several additional feet.

LUCHADORA Luchadora was born on Father’s Day, June 16, 2019 at Binder Park Zoo. The lone female in a litter of four pups born to Flynn and Izzy, “Luchadora” was the only surviving member.